The Princh Library blog provides library stories and insights from around the globe. The blog is brought to you by Princh, the only printing solution designed specifically for – and with – libraries! Our user-friendly printing solution makes it easy for library users to print and pay from their own device. Try out our solution risk free for 30 days or watch a short video to understand how we can help your library here! Now let’s get to the blog!

The term manga is typically used to refer to comics and graphic novels created in Japan. The most common style of manga was developed by the end of the 19th century, however the art form has deeper roots in Japanese art. The medium is used to depict a wide array of different stories, ranging from comedy and romance to science-fiction and mystery.

Most manga are published weekly or monthly by a commercial publisher. The artwork and story are usually done by one or two artists, called mangaka. These mangaka work with a few assistants and a creative editor, usually assigned by the publishing company. As the standard length of a weekly manga chapter is around 18-20 pages, the artwork is usually left black and white – both as a stylistic choice and in order to save drawing time. If a manga is popular enough, it will be made into an animated show, commonly referred to as anime, either during or after its runtime.

Now that we have established the medium, let us discuss the question.

Does your library have problems with printing?

Princh for your library

Why should your library consider manga as a part of your collection?

Anime consumption is increasing worldwide, thanks to titles like My Hero Academia, Neon Genesis: Evangelion and Castlevania being widely available on streaming services such as Netflix, Hulu or Amazon Prime. According to data from 2018, once normalized for the population of each country, US audiences have the highest demand for anime, followed by the Philippines, France, Mexico and Brazil. Canada and Chile are also within the top 10 countries with the highest demand.

As a large number of anime are adapted from manga, this naturally leads to increased sales of the source material as well. Furthermore, according to the NDP Group manga sales grew by 16% in the first half of 2019 within the US alone, and this trend is expected to continue. Maybe unsurprisingly, this report also suggests that manga could attract younger audiences to the library, as 76% of the purchases were done by people below the age of 30. Additionally, according to an interview with Tatsuya Morimoto, in the last decade manga sales increased by 262% in Europe and 707% in the US. Quite the impressive numbers.

But maybe nothing represents the popularity of manga more than the success of the juggernaut of the manga world, One Piece. This story by Eiichiro Oda of a young pirate boy named Monkey D Luffy was published in 1997, and is still ongoing (at the time of writing) 984 chapters later. During its over 20 years of runtime, it consistently remained on top of the popularity charts in Japan and it printed out and sold over 450 millions of copies by early 2019, making it the third most sold comic globally. To put this into perspective, the second most popular comic in the world, Batman, has sold 474 million copies at the time. However, Batman premiered in 1939 and had over 16,000 issues printed since then, giving it a much longer timeline to achieve these numbers. Hence, it would be safe to assume that by the end of its runtime One Piece will overtake Batman in global sales, becoming the second most sold comic of all time. 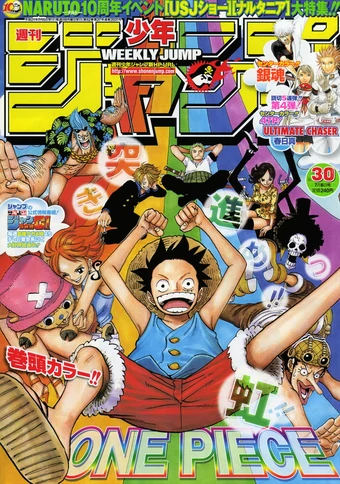 In case you were wondering, the most sold comic series of all time is Superman, with over 600 million copies sold.

So, with numbers we have right now the top 3 list is as such:

Of course, sales numbers are not the most important thing when it comes to the medium, but its cultural impact and the content of its stories. An example here would be Haikyuu!!, a manga about a high school volleyball team. Its sharp writing, realistic storytelling and compelling characters (not to mention great artwork and comedy) lead to an increase of about 10,000 Japanese students partaking in volleyball as a club activity in high school, according to the NHK. 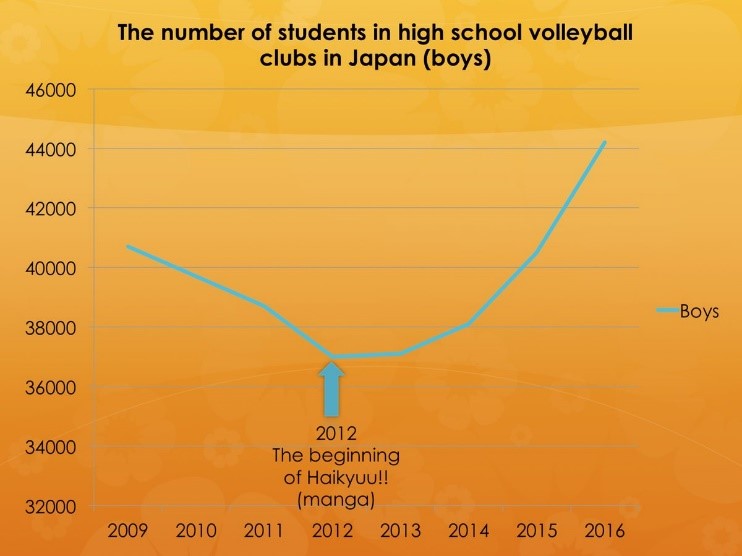 Another manga, Dr. Stone, aims to teach its audiences in the ways of science. Its story is set in a world where everyone has been turned to stone thanks to a mysterious event, resetting the world to the stone age. After awakening, our protagonists set out to rebuild the modern world from scratch, using nothing but their scientific knowledge. The story shows readers how to create soap, electricity, glass or even a telephone using nothing but prehistoric tools and science.

But if we are talking about story content and impact, we cannot not mention the source material of the top-rated anime of all time (according to MyAnimeList.net, the most widely used anime rating site), Full Metal Alchemist. This story discusses and asks questions about a plethora of topics, including religion, science, what it means to be a human, family, democracy and totalitarian leadership. The mangaka, Arakawa Hiromu, presents all these arguments as an action, adventure, comedy drama, from the viewpoint of Edward Elric, a 14-year-old boy. As a result, the story is enjoyable by all audiences: it has great action, meaningful messages and tight pacing, along with a relatable and lovable cast.

To quickly sum it up, recently manga have become a global phenomenon, rapidly gaining popularity among Western audiences. It can tell compelling and meaningful stories, educate  readers or even inspire them to pick up new hobbies. Surely, a medium like this can only have positives to it right?

Implementing this medium at your library can be a challenge. Similarly, to comic books, manga are generally viewed as something for younger audiences, solely based on its looks and not by its content. Additionally, manga largely represent aspects of the Japanese culture – and while it is a great way to familiarize oneself with it, readers might not necessarily be open to certain aspects of it.

Furthermore, manga serializations are a very volatile thing. The most popular publishing magazine, the Weekly Shōnen Jump, decides what manga to keep publishing based on weekly popularity polls. If a manga is not popular enough with the readers in Japan, it will be discontinued, regardless of its serialization length, future potential or how popular it used to be. Which leads to the last challenge I would like to mention – fanservice. This commonly refers to the sexualized presentation of characters in order to keep up the readers’ interest, and can often be found in shōnen series which are aimed at primarily young male readers. One of the above-mentioned titles, Dr. Stone, is plenty guilty of it as well: while it teaches clever scientific solutions and has great comedy, it also treats its female characters in a way that can be considered quite distasteful. 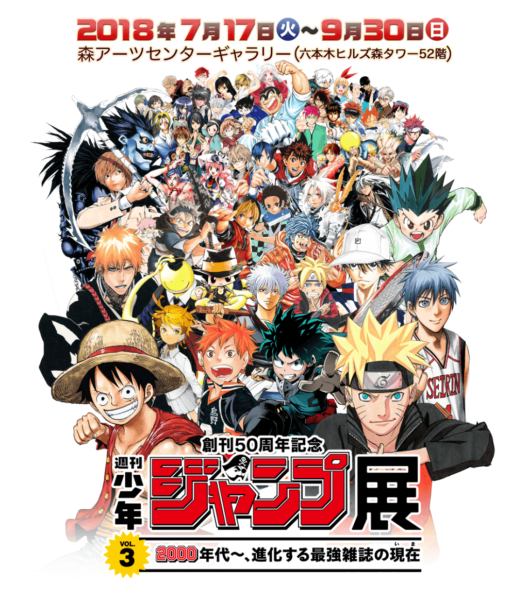 Manga at your Library

All in all, manga can be a worthy inclusion in your library’s collection. It has the ability to draw in and engage with younger and new audiences, impact their lifestyle, tell engaging and thought-provoking stories, and most importantly, expose them to a new, maybe lesser known culture. On the flipside however, you have to carefully research and select which series resonate with the values of your library and which might be overstepping a line that in your opinion should never be crossed.

We will be back next week with another interesting article from the library world!

Want more insights from libraries across the world?

Someone has recently created a large number of fake LinkedIn profiles for Chief Information Security Officer (CISO) roles at some of the world’s largest corporations. It’s not clear who’s behind this network of fake CISOs or what their intentions may be. But the fabricated LinkedIn identities are confusing search engine results for CISO roles at […]

Yesterday, shortly after helping a student start a literature search, I found myself poking around at DALL-E, one of the crop of machine-learning tools that can generate images based on a text prompt. I had an article title saved on my clipboard, and wondered what would be generated from the title. I was not impressed. […]

In this week’s Princh Library Blog, we share an article by Ramune Petuchovaite, Public Library Innovation Programme Manager at EIFL. The article reflects on the impact librarians who participated in the Initiative for Young African Library Innovators (IYALI) program had on their communities and networks. This article was originally posted on EIFL’s blog. To see […]

This website uses cookies to improve your experience while you navigate through the website. Out of these cookies, the cookies that are categorized as necessary are stored on your browser as they are essential for the working of basic functionalities of the website. We also use third-party cookies that help us analyze and understand how you use this website. These cookies will be stored in your browser only with your consent. You also have the option to opt-out of these cookies. But opting out of some of these cookies may have an effect on your browsing experience.
Necessary Always Enabled
Necessary cookies are absolutely essential for the website to function properly. This category only includes cookies that ensures basic functionalities and security features of the website. These cookies do not store any personal information.
Non-necessary
Any cookies that may not be particularly necessary for the website to function and is used specifically to collect user personal data via analytics, ads, other embedded contents are termed as non-necessary cookies. It is mandatory to procure user consent prior to running these cookies on your website.
SAVE & ACCEPT